August 1, 2014. Hamilton, Ontario, Canada. The Canadian Warplane Heritage Museum will be flying their prized Avro Lancaster to England to join the only other airworthy Lancaster in the world, owned and operated by the Royal Air Force's renowned Battle of Britain Memorial Flight. Pictured is British businessman Matthew Munson who bid on eBay for a seat on the Lancaster during it's epic journey to the UK.
Photo Copyright John Chapple / www.JohnChapple.com 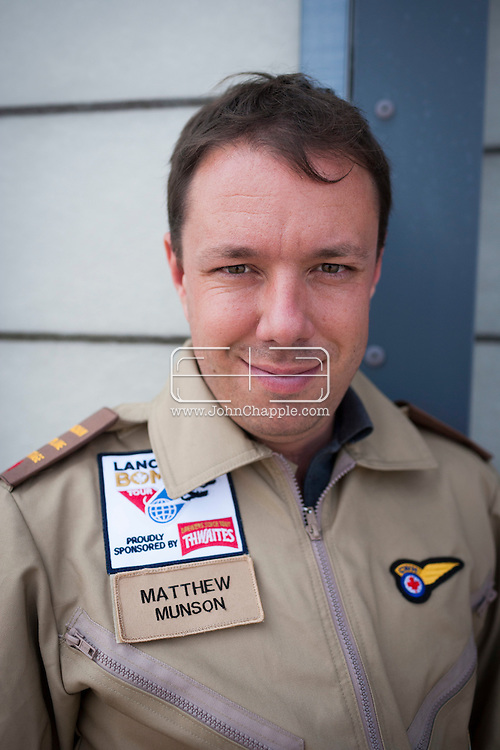